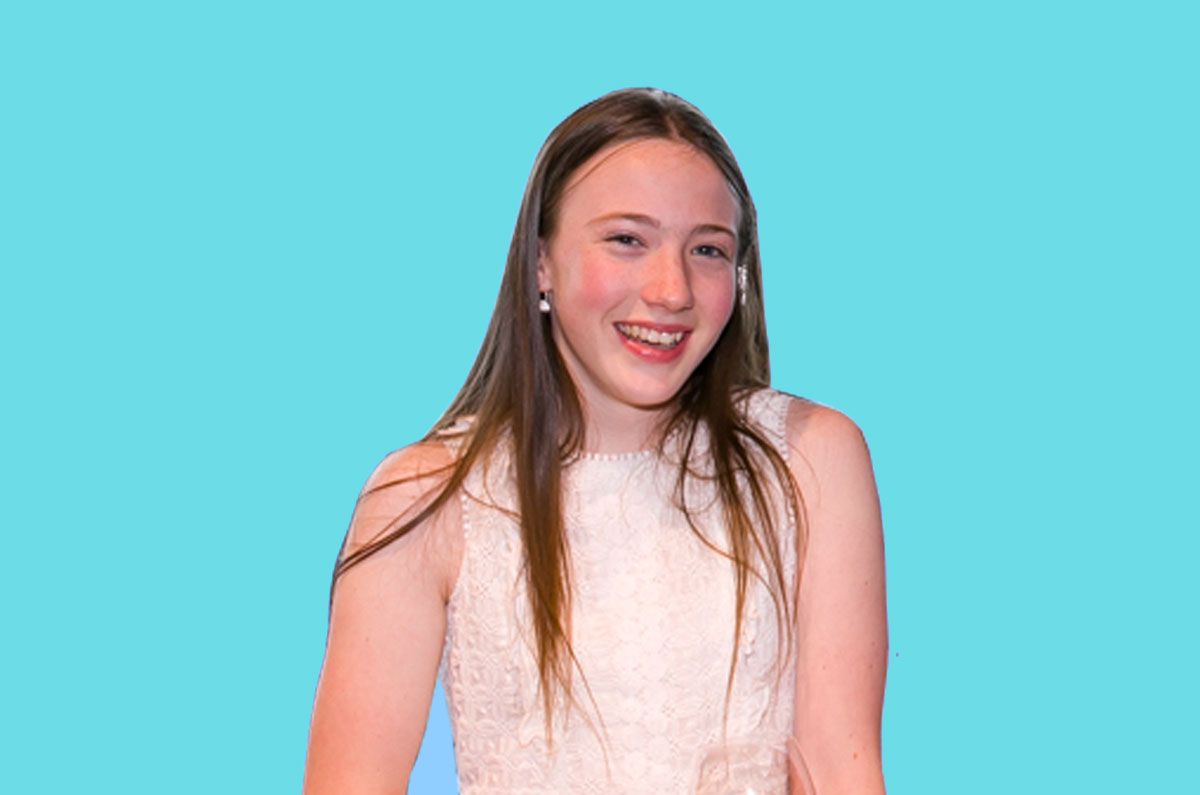 My name’s Thalia and I’m twelve years old. I was diagnosed with osteoarthritis when I was five years old, which was caused by a joint infection in my left hip when I was ten months old. I like to sing and act, and I love hanging out with my friends after school.

Living with arthritis from such a young age is hard, but it has some advantages. I’ve been finding different ways to cope for my whole life, which means I have some quite effective strategies up my sleeve. But there are many things that aren’t so great. I learned to walk with arthritis, so my gait was awkward. I don’t know what it’s like to have no pain, and sometimes when I do have lots of pain my body tunes out of it until it’s unbearable.

The arthritis has also gotten in the way of my life outside of school activities. I have to sit down when I sing, and I’ve had to do several performances in my wheelchair. When I’m with my friends, we have to limit our activity accordingly. I haven’t been able to participate fully at school and have had to resort to a mobilised scooter in the past just to get around.

This story has a happy ending though. In June 2017, I had a total hip replacement. Since then, I‘ve been walking up to 3km, running, getting around school without my walking aids. I’ve also been swimming and riding my bicycle.

Something else that’s changed is the amount of medication I’m taking. Before, I was taking a large range of medications, including some very strong painkillers. Now I take hardly any medication. My personal lifestyle has also been greatly altered. I’ve been able to move around the house freely, participate in my outside of school activities like any other person, although I’m still not up to standing up for more than a few minutes. I’ve been discharged from the physiotherapist and have started to see a personal trainer.

In the future, I should be able to participate in P.E. at school, stand up for as long as I like, walk around my neighbourhood with my friends after school. I should have no pain, which is something that I’ve not experienced before. I can’t wait to go to the beach without my crutches and being able to do whatever I want when I get there, without worrying about the consequences.

Thalia is a positive ambassador for young people living with arthritis and chronic pain.

She’s worked tirelessly to raise the profile of arthritis in young people and how it affects them. She’s held fundraising events, received many awards, created a Facebook page, a vlog on YouTube about her surgery and much more.