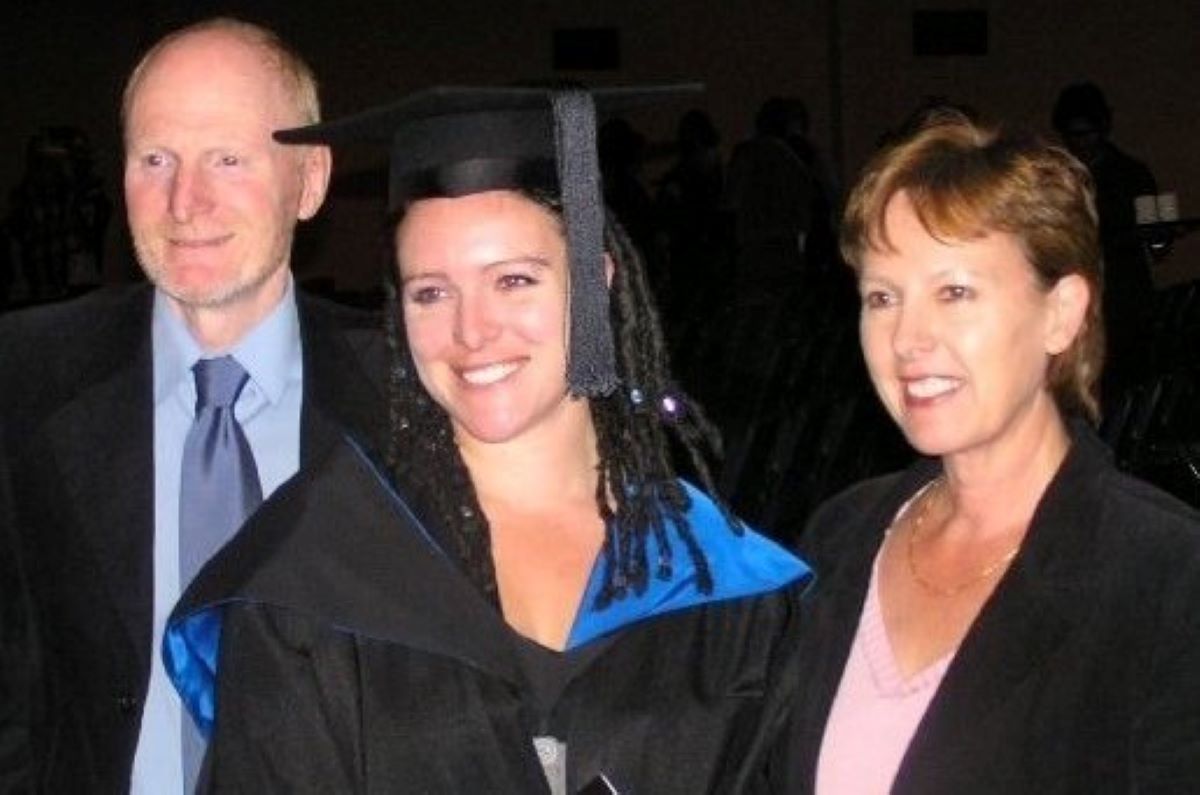 Hi, my name’s Jennifer, but I also answer to Jen, Jenny, Jen Jen and for many years during primary school – ‘Skippy’ (as in The Bush Kangaroo!). I’m 39 years old and was diagnosed with juvenile arthritis (JA) when I was in grade 4.

My memories of my initial symptoms, diagnosis and treatments are a little hazy, given it was 30 years ago, but my mum has provided a timeline of my journey and our experiences. I suggest you read her blog before mine.

My first experience of the pain that I’d later identify as JA followed a routine sprain of my left ankle. It didn’t seem to heal properly, leaving me with permanent swelling, immobility and terrible pain. I quickly went from playing netball and water skiing to crawling to get around the house.

Despite seeing an array of GPs and other health professionals, there was no explanation as to why my joints were so painful.

When I was finally diagnosed with juvenile arthritis, I felt some relief amidst the initial confusion and shock. There was something wrong; it wasn’t in my head, it had a name, and there were treatments for it.

I spent that first year adapting to my new lifestyle.

During school recesses, I’d sit in a courtyard adjacent to my classroom, observing my friends who found ways to play close by. I read as many books as I could to distract myself from boredom and pain. I took drama classes instead of competing in my beloved netball. I learnt how to style my hair to cover my baldness when my hair fell out. Before I visited the hospital, I focused on the treat of a McDonalds burger rather than the painful examinations. I learnt how to ‘save up’ my strength and pain tolerance for special days such as excursions. When I could walk, I learnt that the only way to try and keep up with others was to re-work my limp (which made me look like a pretty clumsy kangaroo!). I don’t think that I ever believed that this could be permanent. I just took it day by day.

Looking back on these early years – despite the pain and frustrating cycles of treatments or reactions to medication – I can’t help but think that I was lucky in many ways. During primary school, I didn’t experience bullying. I had a large number of friends who took turns sitting with me when I couldn’t play. My teachers tried hard to understand my diagnosis and were very supportive. Having three siblings meant I was rarely lonely, as there was always at least one of them at home who I could torment from the couch! And I had parents who were 100% on my team, reorganising their lives around me, fighting uphill battles with doctors, sitting up with me on painful nights, and showing me patience – never frustration.

I eventually had periods of remission that brought a lot of relief but also a lot of anger, frustration and sadness when symptoms reappeared and interrupted my life. I stopped talking about my JA. It was too hard, and I believed no one could understand. Thankfully though, remission followed me into high school!

I moved onto high school, where I was in classes with a few students from primary school. It was cool having different subjects to study and getting to know new friends. By then, I found it considerably easier to walk distances and even play some netball without too much pain! It was no longer so obvious that I had anything physically wrong with me.

This made it very difficult for me when I had my weeks or days of flare-ups, when the pain would suddenly and viciously return. This was sometimes due to spending too long on my feet shopping and hanging out with my friends, or for no particular reason at all. When this happened, I grew incredibly self-conscious, angry and embarrassed and the last thing I wanted to do was try to explain myself to new friends.

I couldn’t even make sense of it myself.

I tried to hide it from friends, often socially disconnecting, spending lunch alone in the library and wagging P.E classes. I felt quite low during these periods and resorted to denial. I tried to deny the whole situation, even when a friend told me his mum saw an article about my JA experience in New Idea magazine. I flat out denied it (though I think the photos of me in the article gave me away!).

Thankfully, I was invited to attend camps for young people run by the Arthritis Foundation of Victoria (now Musculoskeletal Australia) around this time. At first, I was hesitant to go. But once I got there, I was amazed to be with people my age going through the same stuff, with the same limitations and experiences. It provided a space to let down my guard, have fun, talk about my arthritis without it being a big deal, and have space to vent and complain about things with people who totally got it.

There was no point denying my arthritis around these people or that I was feeling pretty low and angry at times…we all did.

I remember how all the young people had their cortisone shots just before camp so they could participate in the activities. And how at the end of the day, when all our joints were aching, we’d commandeer the spare wheelchairs and motor scooters for a game of wheelie basketball. This peer support didn’t entirely cure how I felt, but it did mark a change in my attitude towards my arthritis and a shift in my social life.

I was more outspoken to friends about my past experiences and current limitations. I found that most people didn’t have lots of questions anyway. We were teenagers, and everyone was wrapped up in themselves!

My pain became quite manageable over the next couple of years. I even wore high heels to my middle school formal – medication-free! However, I still struggled with depression at times and eventually left school.

I went back to school and then to university. I got my Master’s Degree and have spent over 10 years working as a youth worker and in academia.

Apart from the odd flare-ups here and there, I’ve remained in remission. I’ve enjoyed many travel adventures and weekends at music festivals (often on the edge of the dancefloor with friends who know my physical limitations!). I even went on a solo hike around an island in Japan for a month, camping out in a tent!

As fantastic as it is that there’s growing recognition of the physical toll that JA puts on a young person, it’s essential to consider the psychological and social impact of JA on young people (and on their incredible families). The transition from primary to high school was challenging for me. I believe I would’ve had a much easier time if I’d had access to peer support and targeted mental health support.

If you’ve enjoyed reading my blog, check out my mum’s blog.